Where are they? The Politicians Who Could Have Made the Difference: 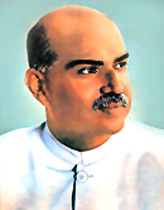 India a population of billion plus, has a billion plus stories. Some of these stories are known but many are lost in the sands of time. In today’s world when Big Boss, IPL are making news many of us would need to hear lost stories of certain politicians of union of India who tried made a difference, but their life and work was short-lived.

This series of articles is an attempt to look at such politicians. Links will be shared and some points will be highlighted.

The first story is about of Syama Prasad Mookerjee, Bengal’s connection with Kashmir.

Key Impact on Kashmir and his mysterious death:

He went to visit Kashmir in 1953, and went on hunger strike to protest the law prohibiting Indian citizens from settling in a state in their own country and the need to carry ID cards, and was arrested on 11th May while crossing border.

Although the ID card rule was revoked owing to his efforts, he died as detenu on June 23, 1953 under mysterious circumstances. His death in custody raised wide suspicion across the country and demands for independent enquiry, including earnest requests from his mother, Jogmaya Devi to the then Prime Minister of India, Jawaharlal Nehru.

“…do not bewail here the death of my beloved son. A fearless son of Free India has met his death while in detention without trial under most tragic and mysterious circumstances.”

(For more: See exchange of mail between Nehru and his mother, link below)

Unfortunately no enquiry commission was set up and his death remains a mystery.

But he did save Kashmir at that time, as post his death Nehru did take some action towards integrating the state into India.

However seeing the condition now what is happening with another mysterious death of a NC worker… is it conspiracy theory again.

Mother’s reply back to Nehru, PM of India; when he wrote about Mookerjee death to her (must read)
http://drsyamaprasadmookerjee.org/article21.html

His death in Kashmir: http://www.deccanchronicle.com/editorial/op-ed/1953-kashmir-story-808